Whether you're looking for a great new show or you're simply looking for a fun new series to watch, there is a dark fantasy anime for you. From the classic Ninja Scroll to the modern-day Fullmetal Alchemist Brotherhood, there's something for everyone 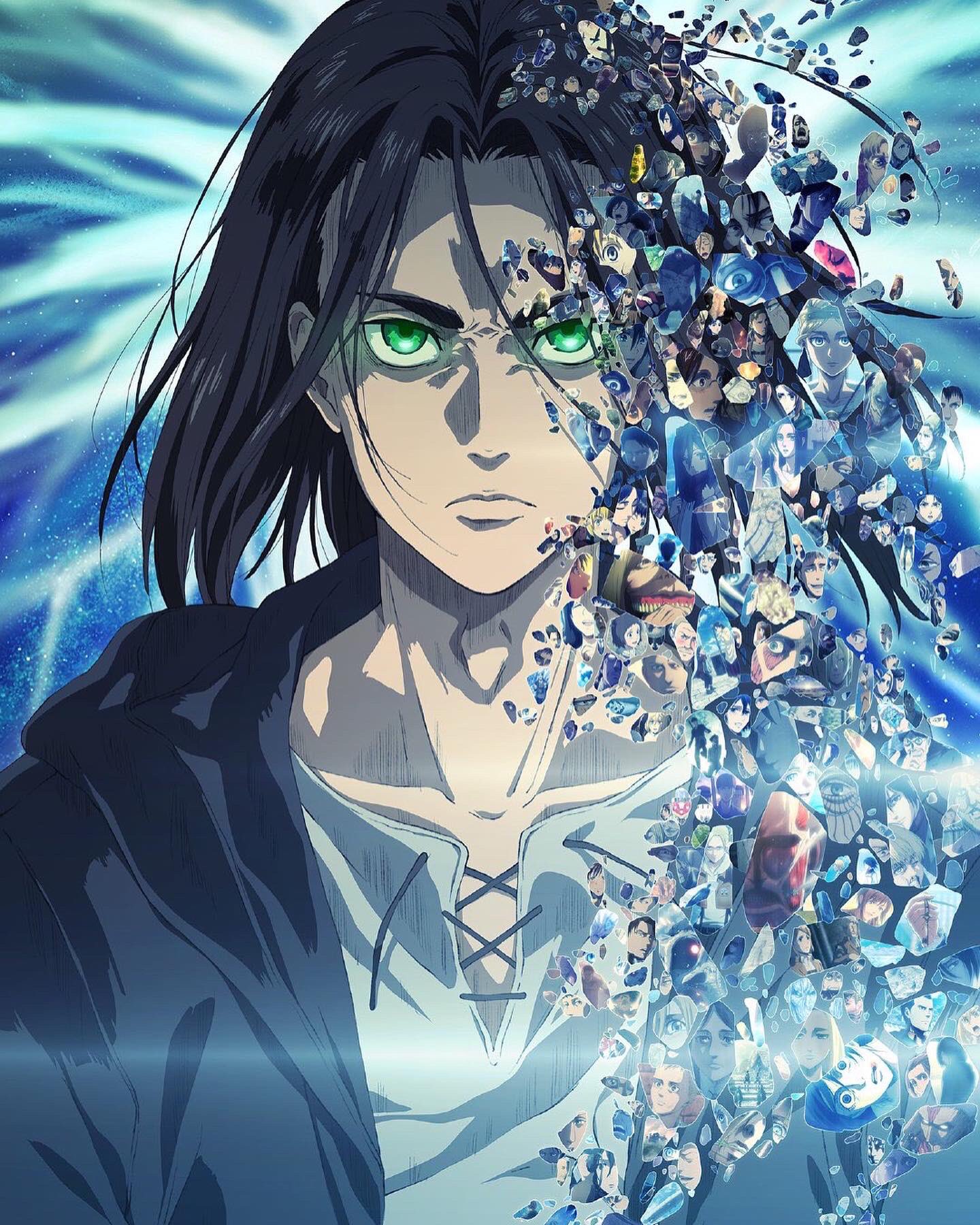 Whether you're looking for a great new show or you're simply looking for a fun new series to watch, there is a dark fantasy anime for you. From the classic Ninja Scroll to the modern-day Fullmetal Alchemist Brotherhood, there's something for everyone. Below, I've listed some of my favorite dark fantasy series. Read on to learn more. I hope these reviews have given you some ideas for new series to watch.

This popular manga series was originally published in Shueisha's Weekly Shonen Jump magazine last year. When news of an anime adaptation was first announced, it excited fans of the Japanese manga and was eagerly awaited. But until recently, information about the anime series was scarce. Crunchyroll, a streaming service for Japanese anime, is set to simulcast the series this year in 200 countries and multiple languages.

The anime begins with Denji being a young man trapped in poverty. He works as a Devil Hunter to survive, assisted by the Chainsaw Devil named Pochita. The Yakuza betray Denji for a contract with the Zombie Devil. When Denji is revived, Pochita merges with him and gives him powers of the chainsaw devil. Using these powers, Denji goes on to massacre enemies. The Public Safety Division later approaches Denji, and he becomes the first human-devil hybrid in history.

If you like dark fantasy anime, you'll love Puella Magi Madoka Magica. This series follows the lives of schoolgirls who meet a cute supernatural being, Puella Magi, who makes their wishes come true. This dark fantasy series explores the perils of magical girlhood and its impact on young women. The show doesn't offer any easy answers, but it's an entertaining show that subverts the typical magical girl trope.

The story is an interesting blend of mahou shoujo and dark fantasy. It explores the realities of a magical girl and her relationship with the world. It is full of heart-wrenching moments and unforgettable shocks. It also explores the degrade of morals and values. While it may not be the best choice for younger viewers, Madoka's story will captivate audiences for years to come.

08. Re: Zero starting life in another world

Re:Zero: Starting Life in Another World has returned to television! The first season premiered to great reviews, and fans waited patiently for more. Fans finally got to see season two and the character death that occurred during the first season. But a couple of flaws are apparent already, and the show could use some work on its video quality. Here are some of the main issues with Re:Zero.

The first volume contains episodes 1 to 12 of the anime series. In addition, this set contains a chipboard box with a specialty print, 40-page art book, and six chibi bookmarks. The collection also includes a 20" x 30" standard pillowcase with Rem and Emilia on it. In this book, Subaru discovers that he can't remain dead and must fight his destiny to save his new friends and love interest.

If you like dark fantasy anime, you may be interested in watching Overlord. The series is based on the popular Japanese light novel series of the same name. Overlord also has a manga adaptation, written by Satoshi Oshio and published in the Kadokawa Shoten manga magazine Comp Ace. The manga is currently serialized on IMDb, and you can read it online.

The anime focuses on a young trainee called Allen Walker, who accidentally enters a dark fantasy world in an MMORPG. In this new world, he must work with the Black Order to stop the Millennium Earl's plans. The AKUMA are a race of monsters morphed from innocent beings. To save them, the Black Order must extract their souls. The manga's plotline is very simple, which allows the audience to remain focused on the characters.

Although this Dororo2014 dark fantasy anime contains elements of realism, the story does not overstep its boundaries. The realism derived from real life is more prominent, as is the dark reality flavor. In many ways, this makes Dororo a perfect example of a dark fantasy anime. It's also an excellent choice for fans of dark fantasy anime, as it's reminiscent of the work of Osamu Tezuka.

The series is based on the manga series of the same name, by Osamu Tezuka. It's a dark fantasy anime centered on a katana-wielding young boy named Hyakkimaru, a man who hunts demons for their parts and collects them. The show is also a fantastic depiction of the warring states period in Japan.

05. The Rising of the Shield Hero

The Rising of the Shield Hero is an enjoyable dark fantasy anime that blends action and fantasy into one. Much like a role-playing game, the characters in this anime are trapped in a different world and have to fight monsters and level up their skills to get what they need to survive. The series is currently on its first season, and season two is slated for 2020. Fans of the genre should watch the first two episodes and wait for the rest of the series to air.

As an underdog, The Rising of the Shield Hero has a lot to offer. Not only is it a great fantasy story, but the characters are likable and relatable. The show also offers a grand adventure, even if there are some subtexts that might not be as appropriate for everyone. To watch the series, check out Crunchyroll, Funimation, Hulu, VRV, and Netflix.

If you're looking for a dark fantasy anime, you may want to check out Made in Abyss. This series is based on the manga by Akihito Tsukushi. This series has appeared in Bamboo Comics since October 20, 2012. There are currently 9 volumes in the manga, and the last will be released on July 27, 2020. While the anime may be cute, it isn't really for younger viewers.

This dark fantasy anime series is set in an alternate universe, where humans and robots have the power to fight evil forces. The story follows the adventures of orphaned Riko and her humanoid companion, Reg. They eventually find themselves in the titular "Abyss." The series ends on a tone that begs for a sequel, but it does have some issues. One of the most disappointing things about the anime is the pacing. The episodes aren't long enough to keep the audience interested, but the ending leaves you wanting more.

If you're a fan of the dark fantasy genre, you've probably heard of The Promised Neverland. This Japanese anime series is adapted from the manga of the same name. It's full of unexpected turns and shocking truths, which will keep you on your toes. The series also features excellent storytelling, and a great deal of horror. This anime will appeal to fans of the genre as well as those who love wholesome, fun characters.

The dark themes of the Berserk anime series are definitely not for the faint of heart, and some viewers may feel uncomfortable around them. While the series doesn't glorify violence, it does portray some scenes with intense blood and gore that are extremely violent and disturbing. The series also focuses on a number of sexual subplots that are incredibly realistic and often heart-breaking. But, for those who aren't turned off by violence, the Berserk series may be for you.

Like many other dark fantasy anime series, Berserk takes a medieval setting and follows a mercenary named Guts as he seeks to avenge his former leader and find the true meaning of his life. The series also follows the lives of other characters in the band. The characters in Berserk go through many battles, and a strong main character will appeal to many anime fans.

The Attack on Titan anime series is an action-packed manga adaptation that follows the exploits of the human race against man-eating titans. Adapted from the Japanese manga of the same name, the series follows the adventures of Eren Jaeger, a soldier in the Survey Corps who develops the ability to morph into a Titan. The second season will premiere later this year. The manga's creator, Hajime Isayama, based the manga on the series.

The Attack on Titan manga is a popular Japanese anime series based on the same name. The series is produced by MAPPA, Wit Studio, and Production I.G., and is currently streaming on Crunchyroll in the United States. The anime series has become a worldwide phenomenon. However, it's not the only show based on this manga. Anime is not limited to the Japanese language, but it's still worth watching if you enjoy dark fantasy.