If you are in need of a good anime to watch in 2023, there are a few titles you will want to look into. These are: The Vinland Saga Season 2, The Spy X Family Season 2, and Demon Slayer: Kimetsu no Yaiba Season 3. 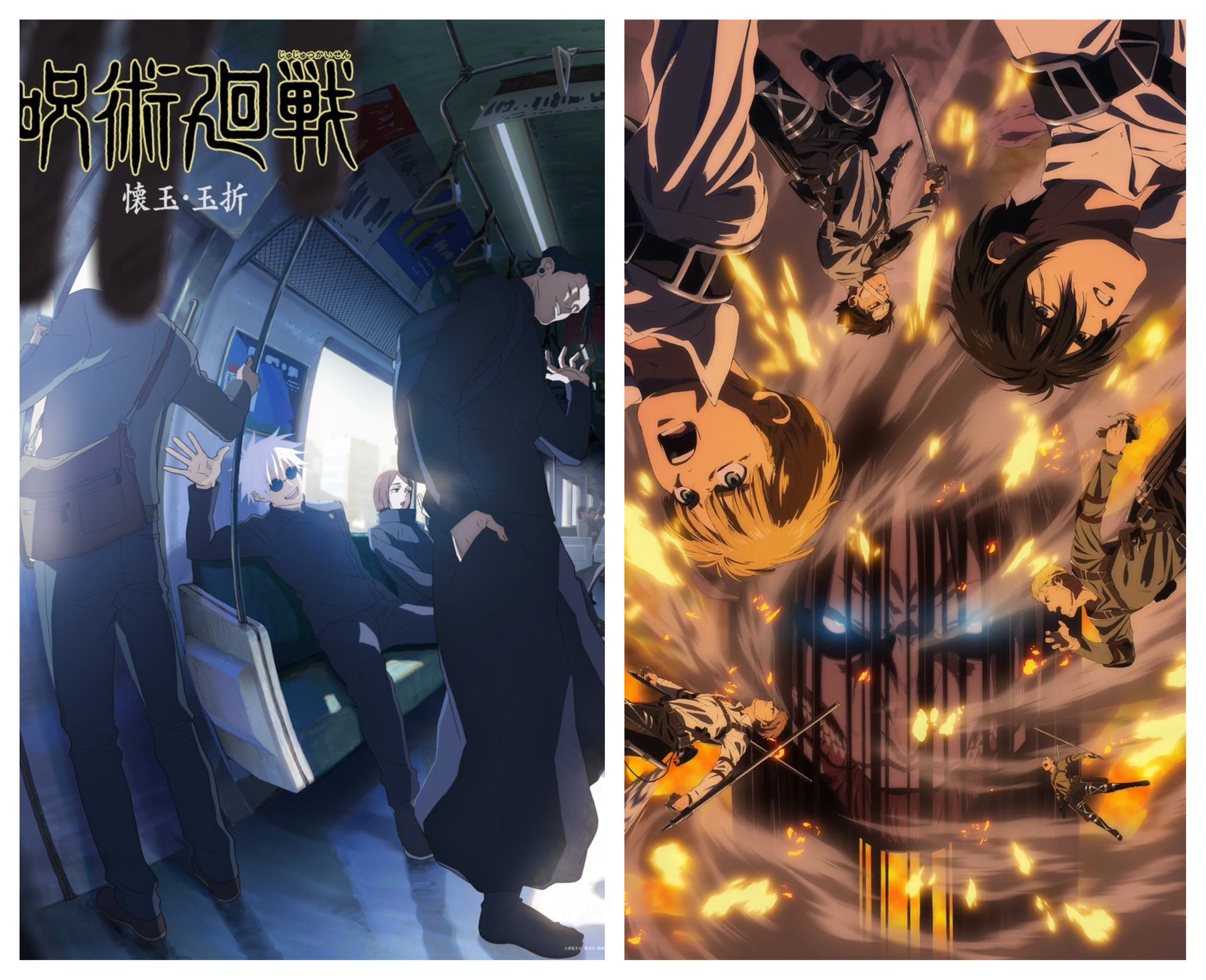 If you are looking for a great show that you can watch next year, then you will be glad to know that there are plenty of options for you to choose from. Check out this list for some of the best anime titles that will be available in 2023.

If you haven't had a chance to watch the "Demon Slayer" anime yet, you have one more reason to do so: it will return for a third season. In addition to the new cast of characters, the show will also cover the Swordsmith Village arc of the manga.

The first trailer for Demon Slayer: Kimetsu no Yaiba was released in April 2022. It shows Tanjiro traveling to the Swordsmith Village and meeting Muichiro Tokito. During this time, the two will have to work together to help a horde of demons.

The Swordsmith Village Arc follows the main character of Tanjiro Kamado. The arc consists of 25 chapters in the original manga. As Tanjiro and the crew travel to the village, they encounter the Upper Rank Six demons Gyutaro and Daki. They will need to work with Muichiro to defeat them.

Spy x Family are slice-of-life anime that follows the adventures of a group of spies, assassins, and espers. It features excellent animation and technical beauty. The series has been a hit with fans.

After the premiere of the first half of the anime in April, it took the anime world by storm. It was then renewed for a second season, which will air in 2023.

Spy x Family's first half aired from April to June. The second half aired in October and December. As expected, it ended on a high note.

A Spy x Family movie has been announced, and it will be released in 2023. The story will be supervised by the creator of the manga, Tatsuya Endo. He will develop new designs for the characters and write the script.

Blue Lock is a football themed anime that showcases a variety of characters. The show is based on the Japanese manga series by Kodansha. It features well-choreographed action scenes and compelling characters.

Several high school students gather for a controversial project called Blue Lock. They are given the mission to develop the world's best egotistic striker. Those who fail to complete the task risk losing their chance to join the national team.

The main gimmick of the series is a "direct shot" that gives the goalkeeper little time to react. Similarly, the show's most notable character is the protagonist, Yoichi Isagi.

Isagi is a gifted soccer player, but lacks confidence. When he receives an invitation to join the Blue Lock training program, he accepts. Despite his apprehensions, he soon learns the true value of the team.

Trigun Stampede is a reboot of the famous anime series of the 90s. This new Trigun anime has been developed by Studio Orange, creators of Beastars and Land of the Lustrous. Among other things, the new show will feature an all-new cast and animation staff. It will premiere on Crunchyroll in January 2023.

This upcoming anime follows Vash the Stampede, a legendary fighter who fights for peace and a peaceful resolution to conflict. Usually, he's a friendly character. However, he sometimes has bad moments.

During his original run, the role of Vash was played by Johnny Yong Bosch. Now, the character is reimagined and has a new voice actor: Roberto de Niro.

If you have been waiting for Vinland Saga Season 2 to hit your screen, you're in luck. The anime is coming back with 24 new episodes. In addition, it will be available on Netflix and Crunchyroll, depending on your region.

While Season 1 of the anime was set in the medieval ages, this season will take a different route. Instead of following an action-packed arc, it will focus on a character called the Slave.

The season will feature several characters, including Thorfinn, the son of the legendary Viking warrior Thors Snoresson. As a child, Thors devoted himself to violence. But as he grew older, he began to move away from it. He became a blacksmith, and eventually fought in the Battle of Hjorungavagr.

Although Thorfinn will continue to be the main character in this season, it's also important to look at Einar, the slave owner's son. His life is in danger.

Junji Ito is a manga creator that has penned many notable works over the last three decades. He is famous for his innovative and often disturbing body horror tales. His work has been translated into several languages, including English, Japanese and Chinese. For the uninitiated, a Junji Ito Maniac adaptation is due for release on Netflix in January 2023. With that said, how does this adaptation compare to the originals? Well, there are some definite kinks.

First and foremost, you should consider the fact that this is an anime, not a movie. While the art is impressive, the production values aren't. The effects are on the low end of the spectrum. Secondly, the stories are a bit barebones. Some are just one or two ideas tossed together.

The first season of the anime adaptation of the manga Jujutsu Kaisen premiered almost two years ago, and now fans are eager for more. Although the exact release date of the second season has not been announced yet, it is expected to run until July 2023.

Fans can expect at least twenty episodes of the series, but this may vary depending on the arcs. However, the story will revolve around the characters of Satoru Gojo and Suguru Geto. They will be joined by several other main characters, including Maki and Yuta.

During the Jump Festa event, the producers of the anime announced that season 2 would be aired in Japan. In addition, they also announced that it would be directed by Sungho Park. While the release date has not been officially revealed, the second season will air in two parts.

The Oshi no Ko TV anime is based on the popular manga of the same name, written by Aka Akasaka and illustrated by Mengo Yokoyari. It is set to air in April 2023. Daisuke Hiramaki, the director behind the hit anime series Chao Nekotomi, will direct it. His previous work includes the acclaimed selection Project.

Oshi no Ko follows the story of Goro Amemiya, a gynecologist in rural Japan. He meets Ai Hoshino, a teenage pop idol. They fall in love, but she keeps their relationship a secret. She soon becomes pregnant and gives birth to healthy twins. However, she's not sure if she'll be able to have a normal life as a mother.

When her pregnancy is revealed, her fans take to the internet to troll her. Luckily, Gorou is able to protect Ai's smile and keep her private life safe.

However, after the twins are born, their lives become a whole new world. As they grow up, they begin to navigate the Japanese entertainment industry. Throughout the series, they will be forced to confront the pitfalls of fame.

The characters of Oshi no Ko struggle to find true love. They'll also deal with the demons they face on the road to fame. Ultimately, the manga offers an insightful view of the world of show business.

Oshi no Ko is a ten-volume manga by Aka Akasaka and Mengo Yokoyari. It has been serialized in Shueisha's Weekly Young Jump since April 2020.

Sasuke's Story Arc is the first of two new story arcs that Boruto: Naruto Next Generations will explore. This new anime arc is set to premiere in January 2023, following the manga adaptation.

The first part of the arc will feature Uchiha Sasuke and Sakura traveling to the astronomical observatory. They will be undercover to investigate a deadly conspiracy. However, they are also under scrutiny for their ninja abilities.

Next, they'll be spending time in a prison full of criminals. Their activities will include snooping, gambling, and mining. In addition to these ordinary activities, Sasuke and Sakura will be at risk for learning more about Ultra Particles.

A new arc will begin with the next episode, which will be aired on January 8. The episode will air in Japan on January 8, but will be available for viewers through the Shonen Jump+ app.

Attack on Titan has been a popular anime series for many years now. The series has been adapted from the manga by Hajime Isayama. This year, the anime will come to an end.

It's been ten years since the first episode of this iconic series was released. During this time, the show has seen multiple spinoffs, video games, and spin-off anime. One of the more notable spinoffs was a prequel movie called Jujutsu Kaisen. However, the show is now set to bow out with its third and final part.

Although the anime has been around for some time, it was only in the last two years that the series has become one of the most popular in the United States. It's now available to stream on Netflix and Crunchyroll.