One Punch Man: How Powerful is "Demon Cyborg" Genos?

Known as the Demon Cyborg, Genos is a 19-year-old cyborg that became Saitama's disciple. He is a skilled martial artist who combines his fighting skills with his cyborg body to form a unique style.Genos is currently S-Class rank 14 in the Hero Association. 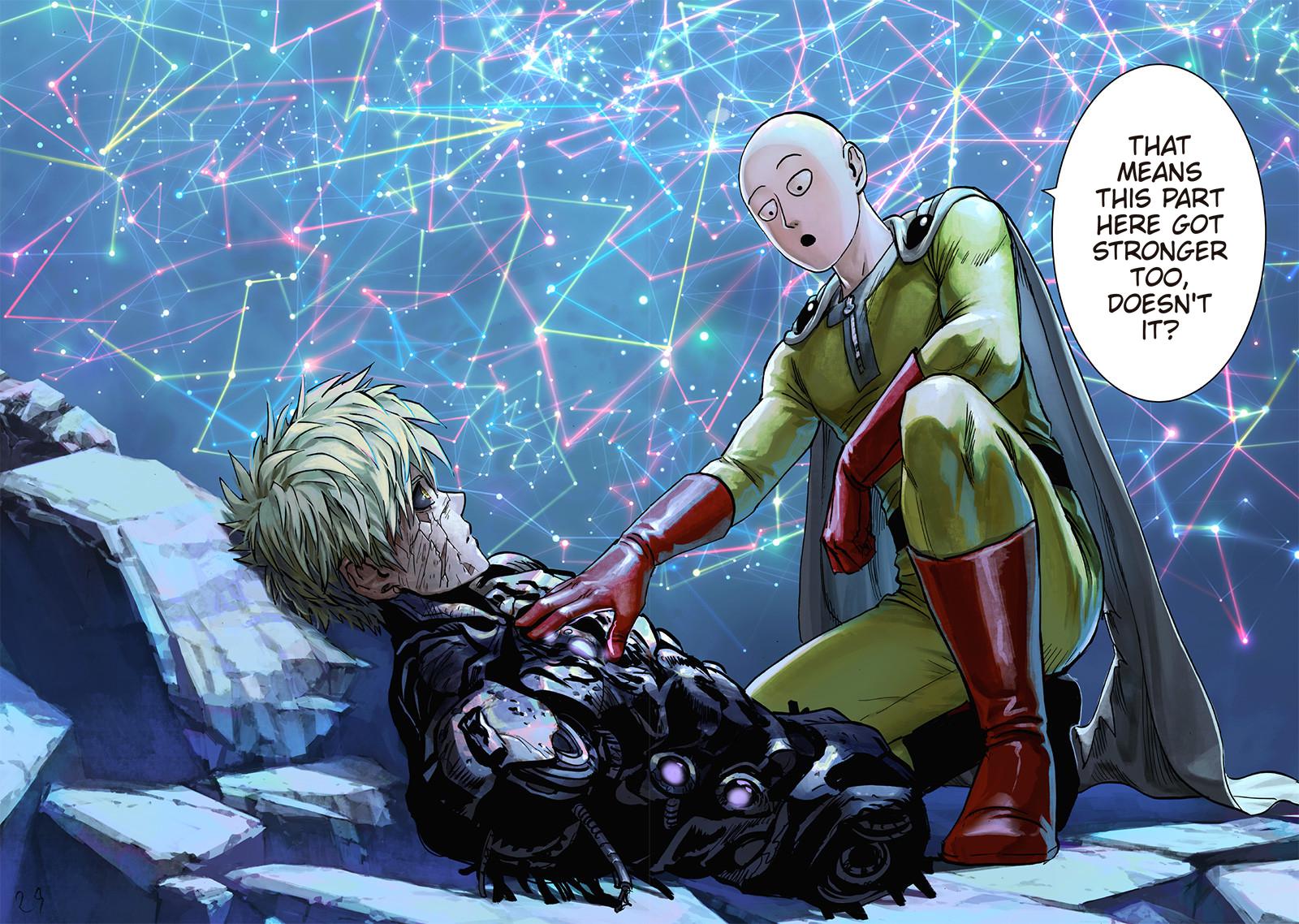 Whether you've watched the series or you're an anime fan, you're probably wondering how powerful Cyborg Genos is. There are some factors to consider. Some of the most obvious are his strength and speed, and his resistance to radiation.

Known as the Demon Cyborg, Genos is a 19-year-old cyborg that became Saitama's disciple. He is a skilled martial artist who combines his fighting skills with his cyborg body to form a unique style.

Genos is currently S-Class rank 14 in the Hero Association. He is the most powerful hero in the world. He also takes pride in his abilities. He is always striving to gain more power and become stronger.

Despite the fact that the Strength & speed of Cyborg Genos in the series is not as strong as his master Saitama himself, he still carries a reputation that is well deserved. He is considered one of the most powerful hero in the world. He has a wide range of abilities and has the potential to take on the most formidable heroes and villains.

His main strength comes from his fully cybernetic body. This allows him to fight monsters with relative ease. He has a wide array of weaponry and can supplement his offensive efforts with retractable blades and salvos of explosives.

In addition to his high-tech weapons, Genos has numerous sensors to scan for life signals. He can also use his power to channel energy to specific parts of his body. He can even overheat his core to activate a self-destruct mechanism.

His abilities also include jet boosters that allow him to fly at high speeds, debilitating flashes of light, concentrated electricity, and heat rays. His abilities are frequently changed depending on the situation. He can also switch out different parts of his body for more powerful ones.

His combat skills are also strengthened through his martial arts expertise. He can combine his fighting knowledge with his cybernetic body to create a fighting style that is unique and unrivaled. He can also improvise on the fly to find a solution to a problem.

Faring Up Against Saitama

While his capabilities may seem limited, Genos is a strong hero who will never give up on his friends and foes. He will not settle for anything less than his full potential. He is constantly upgrading his mechanical body to improve its durability and power.

During the course of the One Punch Man series, Genos has evolved into a formidable S-Class hero. He is able to defend himself against the most ferocious monsters, and he is willing to risk his life to save others.

Using an array of cybernetic components, Genos has developed a wide range of abilities. He has the ability to fight at extreme speeds and to manoeuvre around obstacles in an instant. He is also able to form complex offensive weapons.

His arms are equipped with restraining wires, rocket boosters, and razor blades. He can use these to throw powerful, kinetic kick attacks. He can also use his hand as a directional source of energy. The blast of energy can destroy a seven story building.

Genos is one of the fastest characters in the series. He can move so fast that it appears as if he is teleporting. He can also fly. Depending on the situation, his abilities will change.

Genos has the ability to absorb damage. He is also able to repair his body. However, he has been known to suffer from debilitating flashes of light. His body can be destroyed by other people, but he does not appear to feel pain when it is broken.

Genos's fully cybernetic body allows him to use various inbuilt weapons and armaments. He can even detach his limbs. He has a number of sensors to detect heat, speed, and other information. He can also use his Hypersensors to scan the enemy's environment during combat.

His body is constantly upgraded, allowing him to adapt to new threats. He is able to defeat a base-form Deep Sea King with only two attacks. His arms are also enhanced to allow him to fly and to have acid resistance. He can also form a series of fire rays called the Incineration Cannon. He is also able to form concentrated electricity and to immobilize adhesive gel.

The Incineration Cannon was first used against the Mosquito Girl. In addition, Genos can direct the power of his hands to a massive explosion. He can also use the lightning eye to see through walls.

Besides his superhuman strength, Genos's other strengths lie in his cyborg body. He has a large armory of equipment, allowing him to evolve with each arc. He can also use his arm to punch with extreme force. His legs are also equipped with a shock-absorbing mechanism and rocket boosters.

During his time as a demon cyborg, Genos has made a number of attempts to outshine the competition. One of these attempts was the creation of a spherical blast of flame. He is also quite capable of submerging himself in lava. He is also indifferent to most things. He has shown no interest in using air conditioner or heater during his training regimen.

Despite these limitations, Genos still manages to outdo his opponents by a wide margin. He has been dubbed the deuteragonist in One Punch Man, and is a ferocious fighter. His most important weapon is the Incineration Cannon, which is able to melt a wide variety of metals. Moreover, Genos's arms have a variety of abilities. His right hand is equipped with a vegetable peeler.

As for his other body parts, Genos has a robust design. His legs have rocket boosters and shock absorbing mechanisms. In fact, he is able to shrug off even a minor explosion. In addition, he is able to fight with minimal apprehension.

Although he is a mechanical cyborg, Genos is an admirable human being. He is willing to take on monsters that most humans would shy away from, such as the Face Ripper. His most infamous defeat was against Carnage Kabuto. However, he fought back and managed to free himself. He is a fairly decent kung fu fighter, and a likable fellow. Besides, his semblances are in good company, as he is a member of the G4 clan.

Genos's cyborg body is constantly upgraded by the Hero Association and Dr. Kuseno. These upgrades often improve his speed, versatility, and base strength. They also improve the strength of his weapons.

The Demon Cyborg Genos Nendoroid figure has three face plates and an assortment of replaceable parts. It is slated to ship in November. It is priced at 25,920 yen. The figure includes a blue shirt, a white shirt, a pair of boots, and a pair of shoes.

Genos's cybernetic prosthetics give him a huge amount of strength. He uses his abilities to fight for justice and to defend his hometown. He has an armory of equipment that helps him keep up with an ever-growing number of threats.