One Piece Chapter 1059 Raw Scans and Summary: Blackbeard in Action 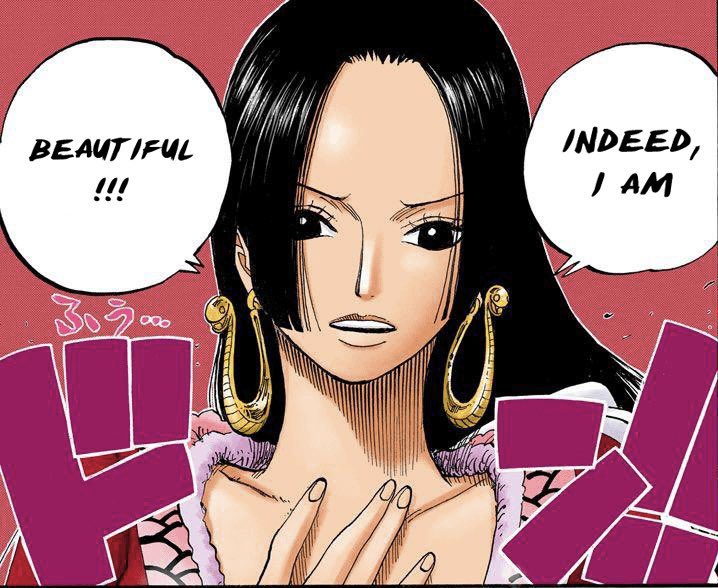 The full summary alongside one piece chapter 1059 raw scans are here. BB tried to get his hands on Boa Hancock’s devil fruit but was stopped by rayleigh. Few important details are also out about some prominent characters.

Stay tuned with us for more information.

The complete One Piece Chapter 1059 raw scans are here-

Full summary thanks to redon

Germa 66’s Ahh… Emotionless Excursion, Vol. 18 “Caesar’s hallucination gas!!”. On the cover we see Katakuri and Oven hitting each other because of Caesar’s hallucinogenic gas.

Chapter begins with a ship sailing in the seas near Sphinx Island (the homeland of Whitebeard). Marco is leaving the ship and thanks the crew for taking him there. The ship is Red Hair Pirates’ ship.

Shanks asks Marco if he isn’t going to join them. Marco tells Shanks to stop joking, he’s tired of being the babysitter of the great pirates.

Shanks tells Marco not to exaggerate because he’s not a handful. Ben Beckman tells Shanks that he is, while their nakamas laugh at his captain.

Everyone says goodbye to Marco as he flies towards Sphinx Island.

A flashback begins, it takes place in Wanokuni, during the night of the festival after Ryokugyuu’s attack.

Yamato: “I’m sure you all noticed too, right? The incident with the “forest guy” was only resolved thanks to someone’s powerful Haki. Kaidou may have fallen… But now we have all those guys coming after Wanokuni!! I cannot allow it!! How could I go on adventures while I’m worried about this country? I’m sure we both feel the same way!!”

Yamato talks to Luffy totally convinced of what he says, he even winks at Luffy confidently. Luffy looks at Yamato seriously but he understands what Yamato says, so he accepts Yamato’s decision and leaves Momonosuke and the other in his care.

Zoro asks Yamato to be careful to not hurt Momonosuke’s feelings, because he has a very strong sense of pride. Yamato tells Zoro he knows it. Yamato says too that he is going to look for a personal goal in Wanokuni in order to fulfill himself even more. Sanji cries for Yamato’s decision.

Marco arrives flying where Luffy and the other are. Marco tells Luffy that a suitable ship appeared near Wanokuni and he is going to leave the island on it. There’s a little Marineford flashback, when Marco told Jinbe to take Ace’s brother with him (after Ace’s death). Luffy then thanks Marco for helping him during the Summit War.

Marco: “I’m sure Ace would be very happy if he knew how far you’ve come!!”

Marco flies off Wanokuni with one last message for Luffy.

Marco: “From now on this is your era!! Go forward with determination!!”

Flashback ends. We return to the present, to see Marco arriving at Sphinx Island.

Cut to “Amazon Lily”, the island of women. Part of the big mountain in the center of the island has been destroyed. Gloriosa says it’s the first time that men were able to invade the island so deeply, and that the damage in the city is huge. Hancock says that as long as she’s on the island, enemies will keep coming.

Hancock: “Uh.. Now that the situation has come to this… I want to be married to Luffy… ♡”

Gloriosa: “You always wanted that, it’s not something new…”

A new flashback begins, it takes place during Marines’ attack a few weeks ago. Marines manage to break down the city gateway, but Kuja counterattacks. Marines then order to dispatch the new Pacifistas called “Seraphim” to the frontline and order to activate the recording cameras too. Vice Admiral Yamakaji says there’s no sight of Hancock yet.

A little girl with wings and a flame on her back appears in front of Marguerite and Sweet Pea, but they don’t want to fight with a kid. The girl, who has star-shaped pupils, shoots a laser with her hand like the Pacifistas we already know.

Teach lands on the island with Catarina Devon and Vasco Shot.

Catarina says Hancock has a wonderful face so she wants Hancock’s head to make it her treasure. Teach tells Catarina that she can do whatever she wants as long as he can get Hancock’s power. Vasco says it’s better to capture Hancock alive and take her with them.

Marines ask Vice Admiral Yamakaji to give them the order to attack Blackbeard, but Yamakaji says they must wait for permission from the Headquarter. Teach attacks the Marines with Gura Gura no Mi power as he tells Boa Hancock to come out.

Koby enters with a group of Marines in Kuja’s city and tries to reason with Boa Hancock.

Koby: “Hancock-san!! We don’t want to use violence!! If you come with us, I promise we’ll leave immediately!!”

Marigold and Sandersonia tell her sister to stay away, becouse they’ll take care of the Marines. However, Hancock heads into battle.

Hancock: “How ridiculous… I won’t be in the hands of either side, I don’t bow down to anyone!!!”

Teach’s subordinates ask him for help against a new enemy that appeared. It’s a child but they cannot do anything against him. We see an explosion caused by a laser from the Pacifistas.

The kid arrives where Teach is. The kid also has a flame on his back and carries a big sword similar to Mihawk’s sword (in fact the kid looks like Mihawk child version that Oda drew in an SBS). The kid attacks Teach, the cut of his sword parts in two pieces the big mountain of the island.

The Pacifista attacks Teach again, but he stops the sword with his Haki-coated arm. Teach uses his powers to absorb all what is around him.

Boa Hancock uses “Slave Arrow” attack to turn all nearby enemies into stone, including Helmeppo and Vice Admiral Yamakaji. Koby orders the Pacifista to stop immediately becouse it could destroy the stone statues with its laser beams. Boa Hancock is about to use “Perfume Femur” attack but someone stops her.

In an impressive double page we see that Teach catches Boa Hancock by the neck and that he has lifted Hancock from the ground in front of the Kuja Pirates and Koby (who is next to them). Teach is using the Yami Yami no Mi’s powers, so Boa Hancock can’t use her powers. We discover their new bounties.

Boa Hancock: “Get your dirty hands off of me!!”

Teach: “Zehahahahahaha!! It seems they call you “Empress” for a reason!!! Ohh, you turned all my idiots into stone!!!”

As Teach says this, we see that even Catarina Devon and Vasco Shot have been turned into stone. Koby doesn’t know what to do in this situation.

Teach tells Hancock that he has been patiently waiting to get her powers. Hancock tells him that her powers are build upon her own beauty. If Teach kills her, those who have turned into stone will remain in that state. Even the next user of the Mero Mero no Mi will not be able to reverse it. Koby says that Hancock is a problem bigger than he expected.

Teach: “This situation looks like it’s not going anywhere, right “Hero” Koby!! You did me a favor in the Rocky Port incident. Thanks to you I was able to defeat “Ouchoku/Wang Zhi” and become the boss of the “Pirate Island”!!”

Teach: “Do you really think if I let her go… she’s going to be nice and turn everyone back to normal?”

Koby: “If she doesn’t turn the soldiers back to normal… It will be a big problem. Hah… Hah…”

Teach: “And… that is a lie!! The moment I let you go, you will turn us into stone. And that will be our end, right? To be honest, I think there’s no way a man can’t be affected by your powers. It’s a difficult situation… So I think I should just kill you.”

Suddenly, someone with a very powerful Haki appears.

Rayleigh: “I expected the Marines, but this… Even the landscape of the island has been altered… Sorry Hancock, I’m late.”

Rayleigh: “Hey “Whitebeard’s apprentice”!! It’s not very mature of me to say it, but I dislike you.”

Rayleigh: “Hancock, return everyone to normal… I will be the witness. You all will leave this island… without making any stupid move.”

Back to “Amazon Lily” in the present. We see that Rayleigh didn’t arrived to the island alone, Shakky is with him and we discover her true identity.

Shakky: “Advancements always bring problems… Thanks to Vegapunk’s “Seastone Warships”, the Calm Belt is no longer a safe place.”

[Empress of Amazon Lily from 2 generations ago. Former captain of Kuja Pirates. Shakuyaku]

Rayleigh: “To be honest, things have been favorable for us. I’m old now, so I wouldn’t be able to defeat the current Blackbeard.”

Rayleigh says that it seems the Marines believe they will be able to replace the Shichibukai with that new weapons they’ve brought to the island. Marigold and Sandersonia talk about them.

Sandersonia: “They didn’t have a single scratch!! And strangely…!! One of them looked exactly like our big sister when she was a child!!” We see a picture of that “Seraphim” face that the Marines used on Amazon Lily. Indeed, her face is exactly the same as Boa Hancock’s face when she was a child, although her pupils are star-shaped.

Chapter ends with a Marine ship reporting what happened in Amazon Lily.

Marines: “Yes sir, we’re landing at “Egg Head” port. Regarding Captain Koby, who has been kidnapped…”

In the last picture we see a page of a newspaper with Koby’s photo. Narrator says that Captain Koby, the hero of the “Rocky Port Incident”, has been kidnapped by the Yonkou “Blackbeard” and his pirate crew. His current situation is unknown…

End of the chapter

NO BREAK NEXT WEEK

One Piece will have a color spread next week!

According to reports the One Piece Chapter 1059 is all set to release on 9th Sept 2022. Stay tuned with us.

Where To Read One Piece?

Manga One Piece can be read online free of charge and legitimately from sources, for example, Shonen Jump, Viz Media and MangaPlus Platforms