Hunter-X-Hunter: Hatsu - How Powerful is Hisoka?

Hisoka can also use other nen types. While his primary Nen type is the Transmutation type, he can also use Enhancement and Conjuration. 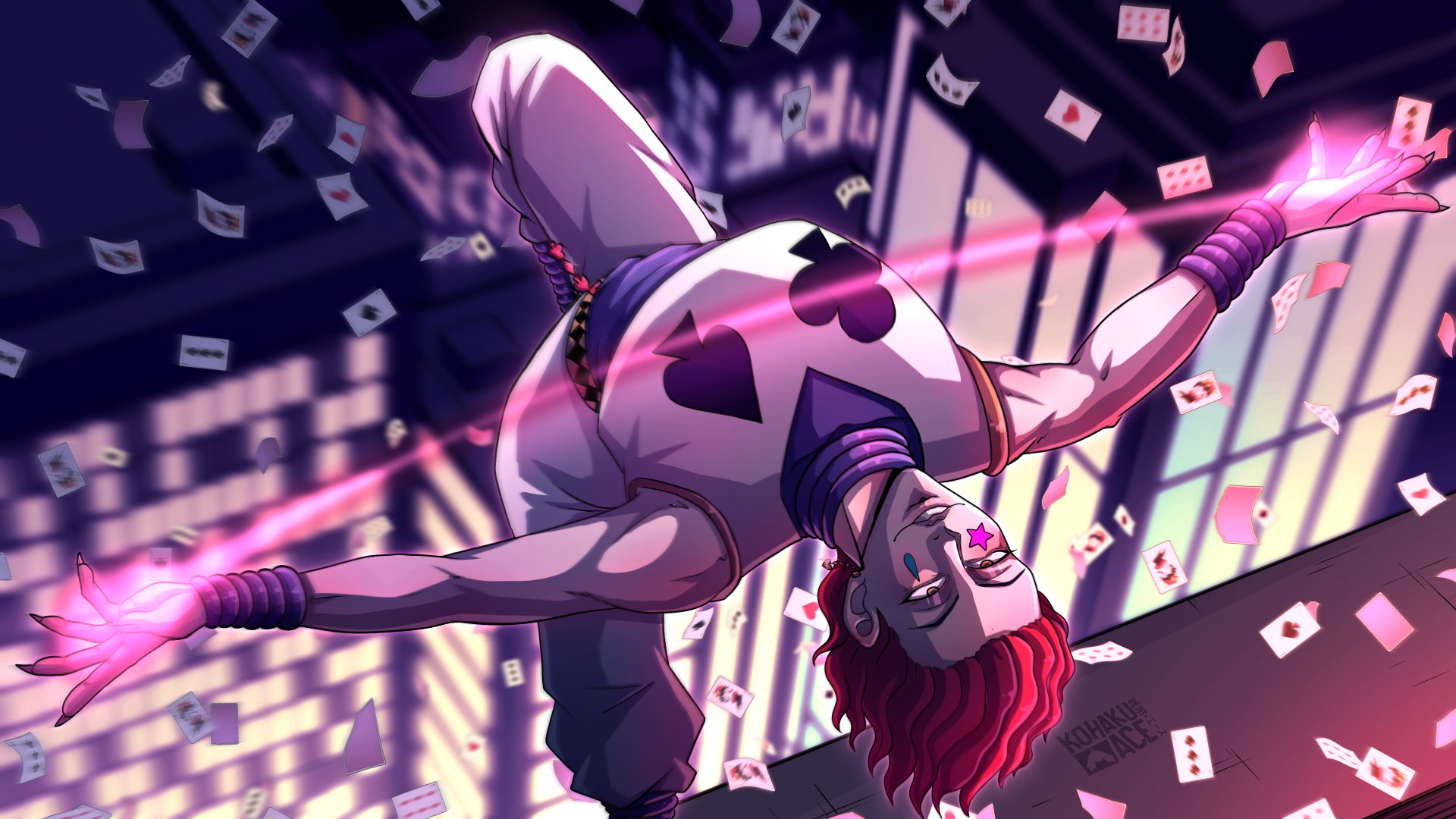 When looking at the Nen of Hatsu, one question you have to ask is, "How powerful is Hisoka?" While there are many overpowered and destructive Hatsu, is Hisoka one of them? It's possible that he has one of the best nens, but it's also possible that his nen is mediocre at best.

Hisoka Morow is a former member of the Phantom Troupe. He is also a Hunter and a Magician. The main ability of this character is a Transmutation type nen.

This ability makes his aura sticky and elastic. It also allows him to redirect coins into different directions with greater power. In addition, it has the properties of gum and rubber.

In the manga, he also uses the flimsy lie Texture Surprise. However, the main purpose of this skill is to deceive others. During the Heavens Arena arc, he uses it to disguise his scars.

Hisoka's abilities are largely based on his personality. A good example of this is his desire to challenge people to a fight.

Often portrayed as an evil character, Hisoka actually is not that bad. After all, he only does what he wants. He enjoys playing with people's psychological states and using his skills to get what he wants.

Hisoka Morow's Bungee Gum is one of his most famous nen abilities. It's a simple but powerful ability. The nen is able to mimic the properties of gum and rubber.

He can attach the nen to a fist or object and then reattach it again. This has been used for various purposes such as springing traps on enemies and setting up a shield against attacks.

Bungee Gum is one of the best nen skills in Hunter x Hunter. Unlike the other nen powers, Bungee Gum does not rely on a specific power source. Rather, it is linked to Hisoka's brilliant mind.

Hisoka can extend his Bungee Gum aura by using Emission. If he can master Emission, he can extend his aura to up to 10 meters. As with other nen abilities, the limit to this ability is subject to your own personal capabilities.

There are a number of ways to counter Hisoka's Bungee Gum. For example, the technique can be hacked. However, Hisoka is known to use this ability in sticky situations.

Hisoka's Hatsu is underwhelming compared to other overpowered and destructive Hatsu

While Hisoka's Hatsu may be underwhelming compared to some of the more destructive and overpowered Hatsu's in Hunter x Hunter, it's still a great weapon to have. Its versatile nature makes it perfect for both setting traps and stopping coins from flowing into Gotoh's pocket.

The Bungee Gum nen ability is a simple but extremely effective weapon. Basically, it's an aura that mimics the properties of gum and rubber. It's flexible and can be attached to objects and people.

The Bungee Gum's most powerful effect is stopping Gotoh's coins from slipping through his grasp. Although it might seem a little underwhelming, it has been used to spring traps on enemies and reattach Hisoka's limbs in the middle of a battle.

Although the Bungee Gum is a relatively new nen, it's not unheard of. As one of the top Phantom Troupe members, Hisoka has a lot of experience in battle from the back foot.

Hisoka Morow is a skilled nen user with a very versatile arsenal of powers. One of his most impressive weapons is his Bungee Gum technique.

When he's in the fight, Hisoka is a very intense and concentrated fighter. But, he's also a fickle-minded character who does not seem to be too concerned about the outcome.

Despite the name, Hisoka's personality is actually quite complex. As a narcissist, manipulator and sociopath, he's a dangerous and unpredictable character. However, despite all these characteristics, he's actually very believable.

He's a very smart fighter, and he's also a great teammate. In fact, Heoka is one of the most intelligent characters in the series. After all, he knows how to get out of a tight spot.

Hisoka's main strength is his charisma. He's able to make people laugh and he's known for his seductive speech style. The only problem is that his actions are often not just. For example, he's not just a killer, but he's a thief as well.

Although Heoka's actions are often malevolent, he is also very believable. His fickle-mindedness makes him unpredictable, but that's a part of what keeps him interesting.